The Mondays I experience these days aren’t the frightful ones that could be. There is no rigor that is forcing me to abruptly throw my consciousness from the weekend into go-mode.

I do have to get up at a reasonable time, but even though I catch my carpool at ten till eight for a fifteen minute ride, I sit from just after eight until eleven when I teach my first class.

Today I spent my time reading Shel Silverstein poems and studying Korean along with lesson planning. I can do this. 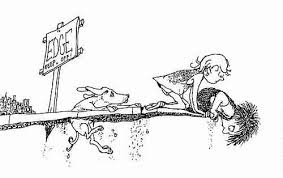 My computer in the office was upgraded today as well, from a piece that actually still had a slot for a 3.5 in. floppy drive, a 40g. hard drive and a half gig of RAM to a smoother, 145g. hd with a more modern 2g. RAM. Now all I need to do is get English language programs on it. Wish me luck there.

I seem to have figured out how to copy link  locations – but using full programs like Power Point will remain the material of my laptop for now.

I’m noticing that my studies with both Korean and guitar are showing signs of genuine improvement.  Of course, I still can’t have a full conversation, or play a full song, but I’m getting there.  And I like how I’ve got them both going for the sake of things.

The Korean language is cool.  Above are all the consonants.  Created in the 1400’s by one King Sejung so that his people wouldn’t have to use so much Chinese – it was created by his scientists using both the standard brush stroke method of the time and the imagery of what the mouth is doing while making the sound.
For example: with the Giyeok and the Nieun, it’s most obvious…  If you imagine a face pointed to the left – it is what the toung is doing when it makes the sound.  Imagine the sound between an ‘r’ and an ‘l’.  That’s the Rieul.  And so on.  Language is cool.

I feel like I’ve figured out how to be on vacation and have a part-time job at the same time that gives me full benefits.  This Friday, I’ll get my first paycheck for about three months, and it’ll be in the neighborhood of three thousand dollars (a bit bigger than my monthly will be, but still…).  That should hold me for a while.  Much of it will go straight into standing bills, things like my credit line that has waited for this infusion for some time, also, my student loan, and a friend’s cash that I found in some thief’s pocket as I left Vietnam, that they told me to hold onto for the duration.  All said, I should shave a solid 2g’s off the top in the first two weeks, call it good, and live solidly with the one left over for the month.

Korea makes it fairly easy to get one’s financial matters in order when they’ve been back-burner for a while.  (back burner….  rumble-grumble – when I went back to the states for 2010 – I may have gone more backward financially then ever before.)

I watched it all in the news, but didn’t really get it…  I came back and got it.  That’s why I decided to leave again.  I wasn’t finding anything that I could sink my teeth into job-wise at all.  I found a noble job that paid less than a reasonable wage, and was offered a high paying job in a field I couldn’t support.  Simply, I knew that I could come back to Asia and teach like I had for two years, and make a decent wage for a volume of effort that wouldn’t tear me up (like the job that I did find was doing).

Since then, I’ve spent almost a year in Vietnam where I met a slew of awesome people, had a bash of a great time, but found the air and food to be slightly poisonous to The Jimmer, and as I knew that I could get a sweet deal back here in Korea, I decided to once again, arrive in the land of Kim Chi.

(the boredom of) Chuseok Holday

Without giving too much of a background on what Chuseok is – it’s basically Korea’s harvest festival.  Everyone visits relatives, takes a few days off from work.  It’s a good time.  It has given me an opportunity to obsess over my guitar, tearing into my long-neglected calluses on my left hand’s fingertips.  I may never become one of the great guitar players of all time, but I’ll be damned if I don’t at least learn how to play for fun.

This town has very few foreigners in it.  I’ve hung out with a few, they seem fairly well-adjusted generally, but sparse.  I’ve taken to appreciating my alone-time.  I can practice guitar, go hiking, read more.  Not so bad.

I really don’t have much news.  Life is slow here.  I visited an orphanage with some friends though.  That was nice.  We did that last weekend.  Played soccer with a bunch of kids aged 8-14 maybe.  It was a good day out.  I think that’ll be a regular thing.

This post floats to fulfill the void.  But does so with little substance.  I’ll see if I can’t devise a plan for putting a theme into this somehow soon.
Cheers.